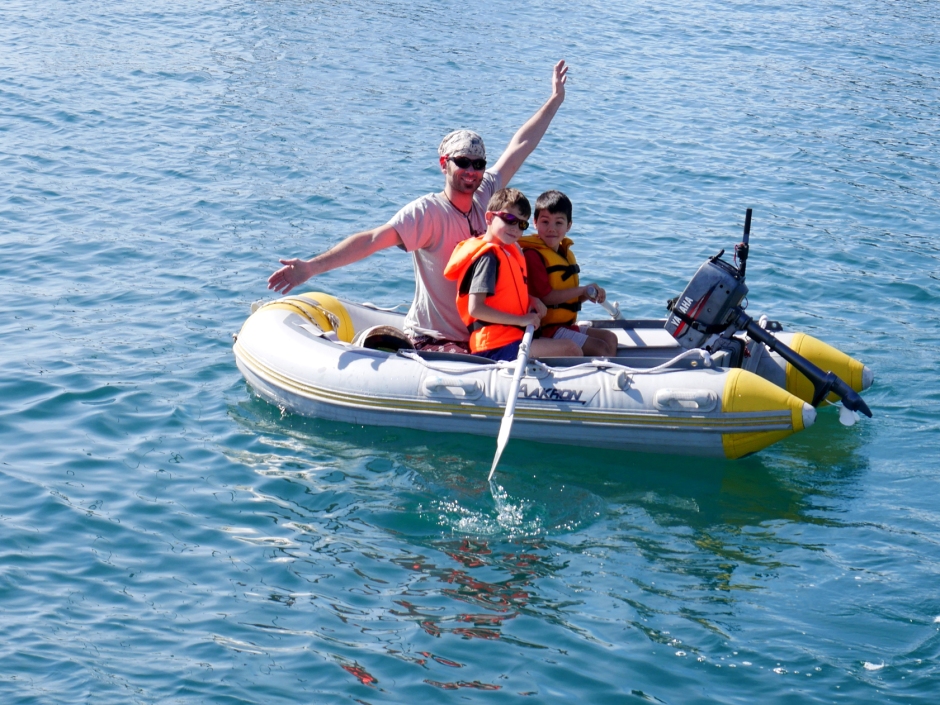 With a Margaux, Château Marquis De Terme, which was waiting all those years for the right occasion…

So, all in all, perfect week-end, perfect weather conditions and perfect friends to share good times with.
Next time we’ll just need to learn to do all the maneuvers without screaming at each other with Thomas, which is absolutely useless as we can’t hear a thing when one is in the cockpit and the other on deck, and frustration and anger are only inferred by our facial expressions which increases the frustration. Better learn sign language so we can actually communicate, and life will be perfect indeed!

Thanks Cirrus’crew for the pictures of Obelix on the water 🙂